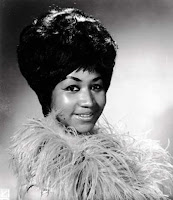 The song I’m listening to: Rock Steady by Aretha Franklin

I’m getting fired up for work and I don’t know if I’ll actually finish out a night there. There is a good chance I might get fired tonight for speaking out, but I have to do it. A bar waitresses job is a rough one, but I do it because the money is good. . . and that’s the only reason. Here’s what I have to deal with the nights I work:

There are four waitresses, and she wants two to come in early, while two come in later. That should cover things. Well, I’m sure it does, but none of us want to work overtime (with no overtime pay) on the rowdiest night an Irish pub will have in a year.

I’m going to be plain with her tonight. I can work, but not like a dog. I’m getting ballsy to Aretha Franklin. I know for sure she wouldn’t take no labor inequality shit! Wish me luck, readers. One of your bloggers might not be employed come tomorrow. For now let’s get Rock Steady!

One thought on “Rock Steady”